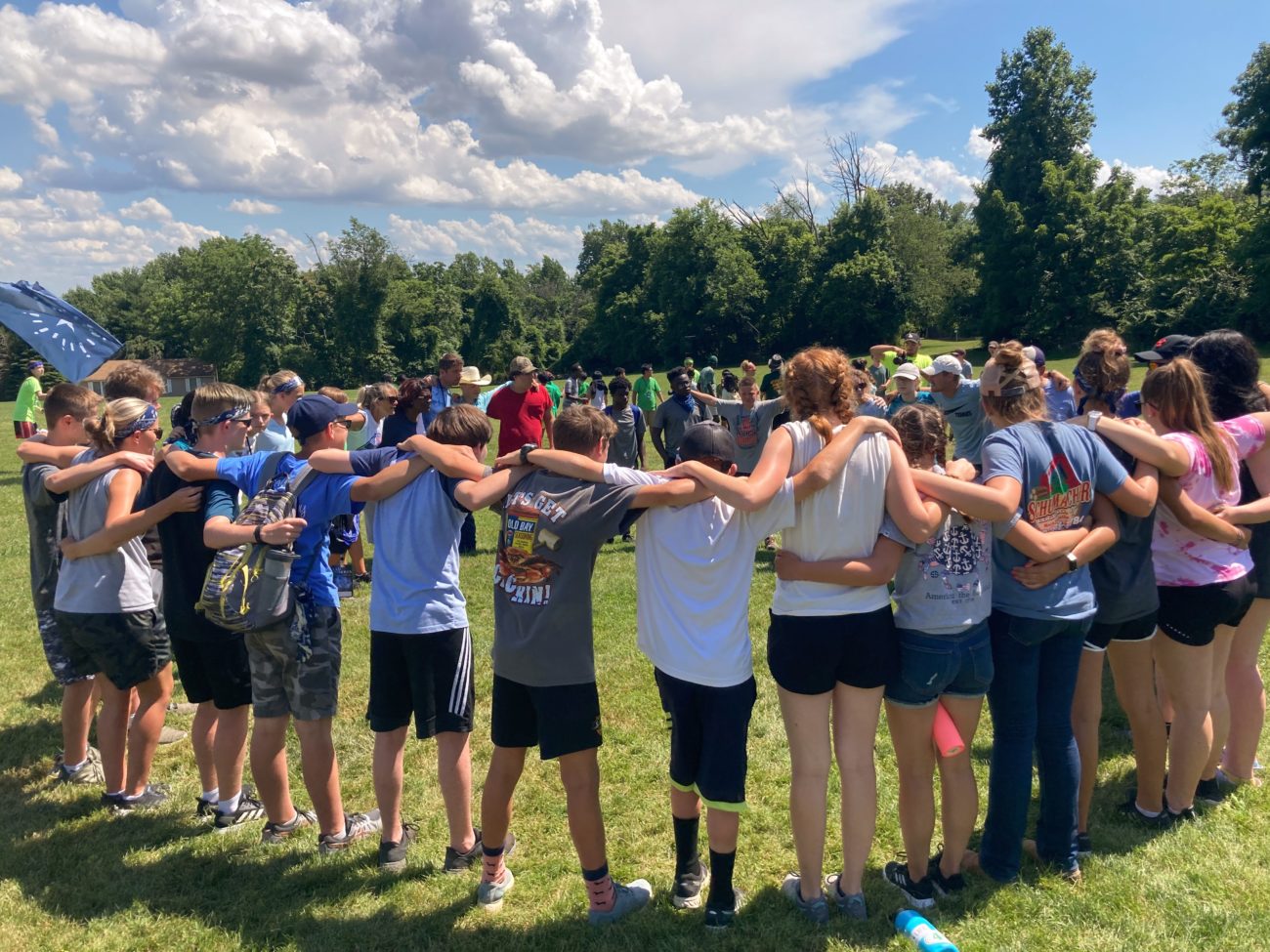 Like thousands before him, fourteen-year-old Andrew Ba had a blast during Crossings at Skycroft Conference Center. He played games, swam, rode the zipline — he did it all. And God changed his life.

Andrew didn’t know that Crossings was a Christian camp when he signed up. He agreed to go when a friend from Sizang Burmese Mission Church in Catonsville invited him. “They gave me a list, and it said to bring a Bible, and I thought, ‘Oh … it’s a Christian camp!’” he said.

But he still went, wanting to hang out with his friends. To his surprise, Andrew loved it all — making friends, playing games, and eating in the cafeteria (he especially liked the tacos). Andrew explained that his family practices Buddhism, and while he participated in their Buddhist ceremonies, he was indifferent overall. “I was really an atheist,” he admitted. But that changed at Skycroft.

“I liked the Christian songs and activities and that they were all connected to God,” he said. Using “Ultimate Frisbee” as an example, he explained, “The staff talked about how you needed others to play the game and connected it to Christianity.” Referring to the body of Christ, Andrew said, “one person cannot do a religion; you need multiple people.”

Andrew was especially intrigued by the Bible studies based on the life of Moses. He asked many questions about Moses’ journey and Christianity.

“We had a large group gathering one night and had a good discussion. One of the staff members was answering questions. I was very interested, and I went to my friend and said, ‘I think I might want to be a Christian,’” Andrew said. That was on a Friday. The next day, he made his decision and prayed to receive Christ in his heart. He now attends the church and looks forward to growing in his faith.