John Rudd “[Danced] in the Rain” 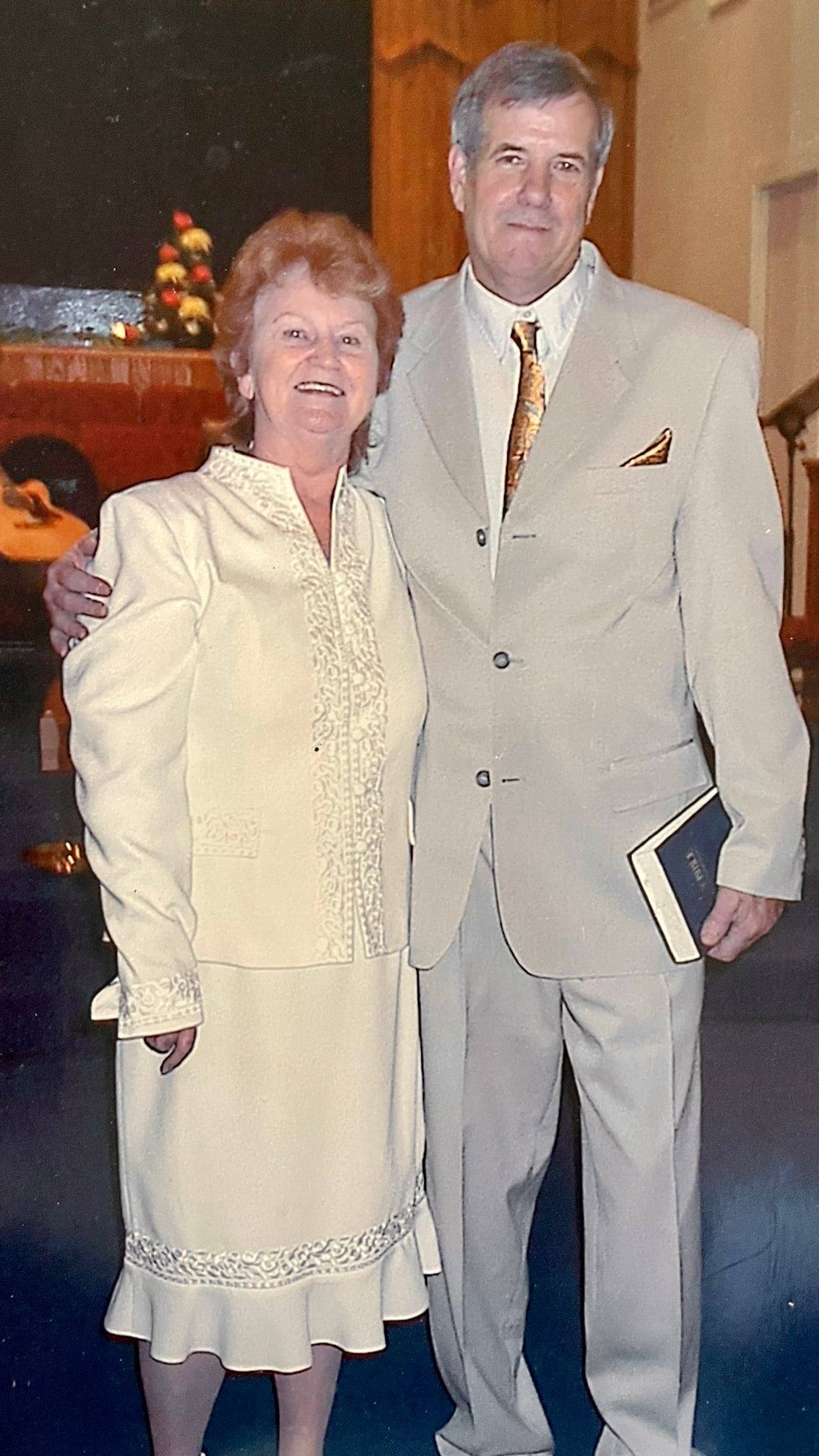 John Charles Rudd, the pastor of Reisterstown Baptist Church (RBC), passed away on Feb. 4. With his wife, Mary, by his side, John led RBC for 17 years. A celebration of life took place on Feb. 12 at the church. Christian Liberty Church (CLC) Pastor Wayne Lee and Baltimore Baptist Association (BBA) Executive Director Tally Wilgis were co-officiants for the service.

Drew Shofner, the pastor of The Church at Severn Run, said “[John was] of the most remarkable pastors I’ve ever met.” Shofner said people often exaggerate at funerals, but he wasn’t. John was one of the “biggest” pastors he’s known, Shofner said. “He had a heart for Jesus and was gospel-centered,” he added. Tally Wilgis, who shared the eulogy, said John left a tremendous spiritual legacy. About fourteen years ago, Wilgis was a hip “young start-up minister” when he met John, a traditional Southern Baptist Church pastor. “There were 30 years between us, but we became fast friends,” he said. They spent many hours together over coffee, conversation, and laughter through the years.

“One of my favorite memories happened in those early years. John, ‘Dr. Drew,’ and another brother and I met (regularly) together for prayer. There was no agenda. We just prayed,” Wilgis remembered. He said that the meetings with John and the others were some of the sweetest prayer times he has experienced.

John was compassionate and giving. At a summer sports camp at RBC during the North American Mission Board’s Embrace Baltimore initiative, members saw a little boy playing soccer barefoot. Another youngster had holes in his shoes. John and several deacons felt led to buy the boys shoes. The kids were delighted. The children were very thankful, and they came back the next day with friends.

John had said, “Kids don’t understand theology, but they know who buys them shoes.” One little boy’s mother came to thank Rudd and ultimately began attending the church and made a profession of faith.

He fed families at a food ministry in Curtis Bay, smiling as he served dinners and stopped to chat with folks as they came through the line.

Mary, who has suffered from long-term illness, told Wilgis that John became “quite the cook,” piecing random ingredients together to present meals to her like a chef. Interestingly, John, who had been doing the shopping, would, unknown to Mary, buy a little extra for those the Lord brought to his mind who might be in need. Mary was surprised as she began getting phone calls from people thanking her and John for the food.

John led the way in opening RBC to other congregations. Five churches met in RBC, a testimony to John’s passion for unity: RBC, CLC, Cristos es la Respuesta, Greater Quest Fellowship, and Ministerio Cristiano Getsemani. CLC was the most recent.

When Lee called John to discuss the possibility of meeting at RBC, John responded that the church already had four other congregations in the building. They just didn’t have room for another. But John agreed to meet. Over coffee, Lee shared CLC’s vision to multiply, to start a second campus. He also told John that he and his wife, Pascha, had sat in RBC’s parking lot years earlier, praying. Lee felt God leading him to RBC. The men bonded quickly, and after hearing Lee share his vision, John told him, “I know the Lord brought us together. I’m going to make this work.” He went back to the church leadership and encouraged them to open their doors wider to welcome CLC.
The churches have worked together to upgrade the facility in a godly, unified fashion. John was especially excited about his vision for a “Family of Hope.” He was working on pulling the five churches together, not only sharing the building but ministering and doing missions together. He hoped to develop a website with all of the churches. Lee grew close to John over the last year and assisted John with the Family of Hope plans to continue the initiative.

Wilgis also shared that “John has a legacy of recovery.” Looking about the sanctuary, Wilgis said many from recovery came to pay their respects to John and his family. Having walked the recovery path, John was active in helping others in that community. His experiences allowed him non-judgemental compassion for everybody. He pointed them to God as the only “higher power.” John saw everyone as children loved by God. He had hit bottom years ago, and God helped him look upward.

Above all, John loved Jesus and wanted to share His love with others. In a recent BaptistLIFE interview, John said, “We live in difficult times. The world is looking for something. But we know it’s not ‘what’ they‘re looking for. It’s ‘who.’ We want to introduce them to Jesus.”

Wayne Lee, referring to John’s tenacity, generosity, and compassion amid difficult days, said, “He learned to dance in the rain.”

John was born on April 12, 1951, in Washington, D.C. He was the son of the late Charles Randolph and Sadie Margaret Boyle Rudd. He was the beloved husband of Mary Grace Rudd.

He graduated from the University of Maryland and played basketball for the Terrapins. In his spare time, he enjoyed bowling and all types of sports.

(Pastor John did not have a retirement fund or savings. His family needs assistance to help Mary, who is seriously ill and has to move. Those who would like to support the family may do so through the BBA website or by mailing a donation to the BBA at 610 Middle River Road, Baltimore, Maryland, 21220.)

Cover photo: John Rudd (r) with his beloved wife, Mary, had joy in the midst of challenges (photo submitted).

Sharon Mager is a communications specialist for the Baptist Convention of Maryland/Delaware.