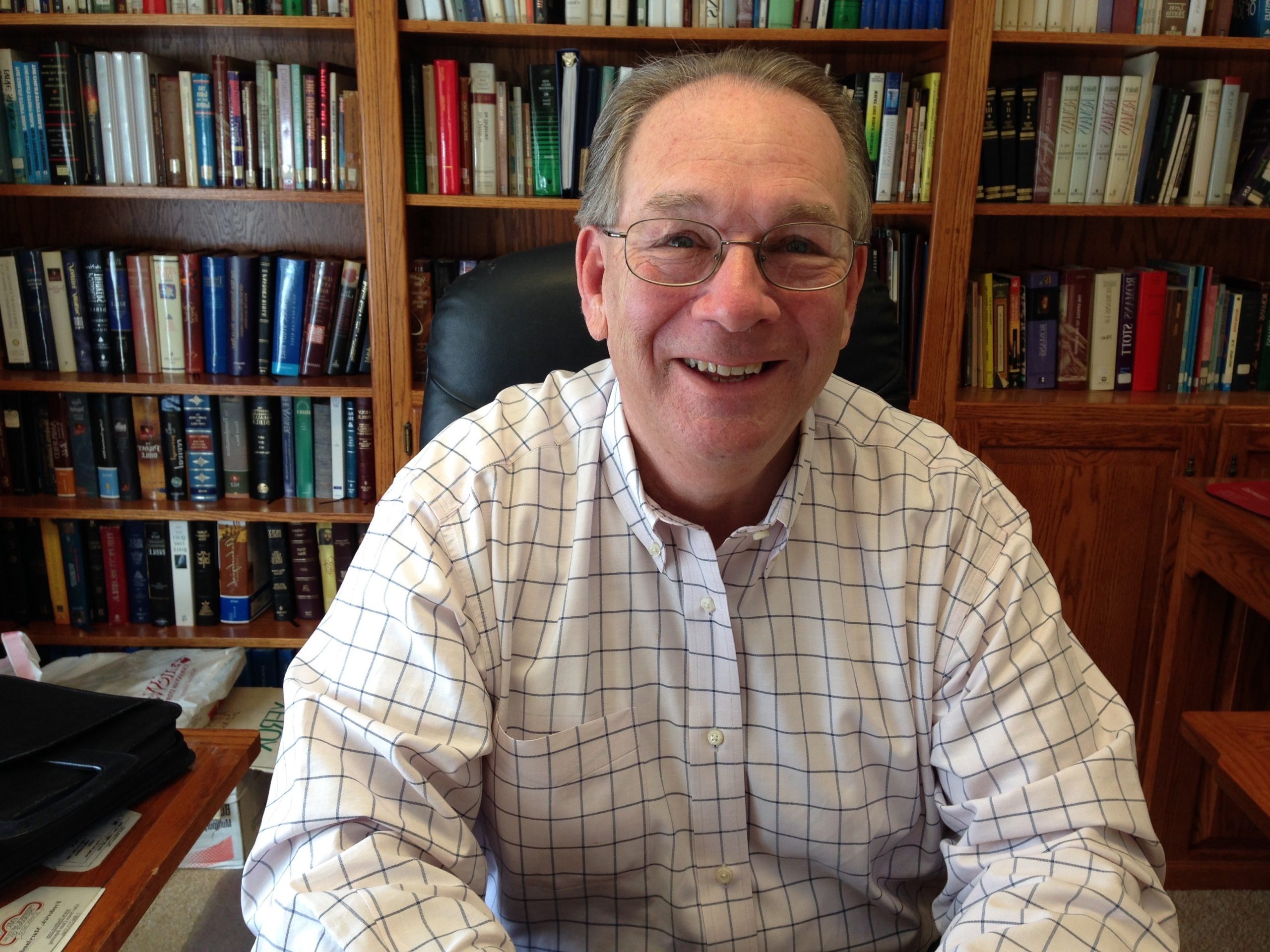 He is thankful for the opportunity he had to share his ministry experience during his time as DOM. “I really found a lot of joy in encouraging pastors in churches of all sizes,” he said.

He pointed to the churches’ missions involvement, both national and international, as the PBA’s strengths during his tenure. He referred to West Virginia, Tennessee, and the Appalachia area, as well as Mexico, India, Guatemala, the Dominican Republic, and Moldova, as examples of the many regions where PBA churches do ministry.

Another highlight of the PBA, Keith said, is the annual “Spring Training Tune-up,” formerly called “Launch Night,” which offers specialized training for church leaders in a variety of ministries.

The PBA annual meetings also changed and transitioned from all business to a combination of business and “ministry expo,” which allowed churches to show what they’re doing in ministry and missions. “It made the annual meeting more effective and interesting,” Corrick explained.

Corrick believes Baptist associations in general have become more “organic.” “You have got to listen to what is going on, be aware of the needs of the church, and assist the pastor with strategic planning to help him with whatever he and the church are facing,” he said. Those issues, he stated, come from culture, in and out of the church.

Corrick said he was fortunate in that he was able to deal with some of those issues early in his PBA ministry. The North American Mission Board sent a team to help the association by doing an assessment. Out of 34 churches, 30 pastors participated. “We learned about certain issues we were facing. Some pastors were struggling with leadership skills, and others were running into obstacles preventing them from leading. Sometimes the problem was discouragement,” Corrick said.

In response to the assessment results, Corrick worked with Vic Simpson, who then served as the pastor of Emmanuel Baptist Church in Huntingtown, Maryland, to develop monthly pastors’ meetings with topics related to the assessment. “We really built those meetings up so that camaraderie and affinity began to grow between pastors.” As trust grew, pastors began developing relationships with one another. “They were able to share ideas and cooperate stronger together in the association,” Corrick remembered.

In reflecting on his spiritual journey, Corrick said he came to know the Lord in 1970 at Elkridge Baptist Church in Maryland. He was 17.

He grew up not knowing his father until he was a teen. “I was playing basketball at South Carroll High School and he came to watch me play.” The two talked and got to know one another, and Keith eventually moved in with his dad and his stepmother. “He was a correctional officer in Jessup, and he and my stepmother took me to Elkridge Baptist Church. I heard Bob Moore (the pastor at the time) preaching about Jesus.” That was the first time the young Corrick heard the Gospel. He responded, made a commitment, and put his faith in Jesus on Palm Sunday.

“I was a very shy person and lacked confidence. I was full of inadequacy and had a great fear of public speaking,” Corrick admitted. “I had to give a speech in seventh grade at Sykesville Junior High School and my knees shook, but after I came to know the Lord, I had this desire to become a pastor.”

“By observing my pastor, I thought ‘I want to be just like him and do what he does.'” Though there was inner conflict due to the fear of speaking, Keith said the desire to preach grew stronger.

God sent several men in addition to Moore to strengthen Corrick, including Dwight Evans, Franklin Perry, and Roy Thomas. Evans succeeded Moore as the pastor of Elkridge Baptist Church. Perry was the pastor of First Baptist Church of Laurel (FBC Laurel) in Laurel, Maryland, where Corrick later became a member.  Thomas was FBC Laurel’s minister of education at the time.

“All of these men built confidence in me and I surrendered to Gospel ministry in 1979 — after nine years of wrestling with it. After that, when it all came true, I got to live out the dream,” Corrick said.

Thomas said Corrick was a humble young man. Noticing that he seemed gifted in working with men and boys, Thomas encouraged Corrick to get involved with the Brotherhood Men’s Ministry, and he flourished in that area. While working with pastors, Corrick was able to draw on the experience he gleaned under Thomas’s leadership.

“He took it to the next level and the rest is history,” Thomas said with a chuckle.

Rick Hancock, the current senior pastor of Emmanuel Baptist Church, said, “Keith was a faithful DOM. His pastor’s heart was his secret weapon. He has a genuine love for the church and the pastors who serve the bride of Christ. His love was expressed sincerely by his unique ability to listen and hear our hearts. Keith was more interested in hearing our story than telling his. Our association of churches is strong today because of his leadership and service. I pray that his future is filled with purpose, love and joy.”

Corrick said his wife, Terri, has been a tremendous support. “I couldn’t have done any of this without her. She’s been right there all the time.” The couple has three sons, Greg, Brian, and Philip, and eight grandchildren.

Looking to the future, Corrick said, “I’m open to wherever the Lord leads.”

“Like Caleb, I can see retiring from an occupation, so to speak, but not from God’s service. I’d like to keep going until I can’t go any longer,” he explained.

Corrick recently had an interesting experience which he calls “God’s Irony.” His youngest son, Philip, was looking for a home to rent and found a “big old house in Sykesville.”

“He checked into it and asked if I could go with him to look at the place,” Corrick said. He and Terri, were looking for a new residence as well, and Philip thought the house might be suitable for all of them. Upon arrival, Corrick gazed at the home with recognition, surprising his son, who asked, “Do you know this house?”

Corrick replied, “Yes, I lived there in the ’60s.” It was a fantastic coincidence.

“My earliest recollection of thinking about God was in this house. When I came back for the first time with my son, it was a very emotional experience.” He calls it “God’s Irony.” Here he was, starting retirement, and moving back to the home of his childhood — a kind of full circle.