The Rebel I Want to Be 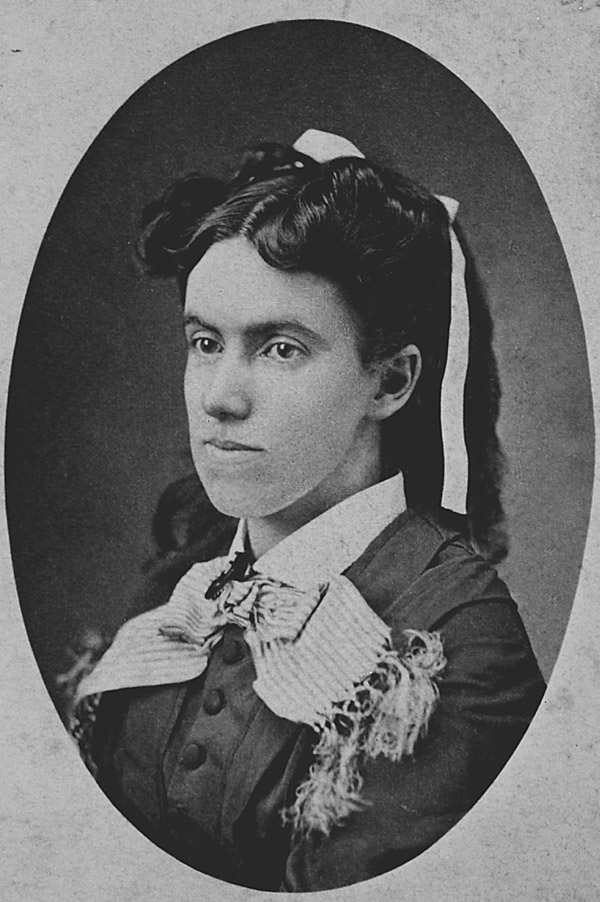 EDITOR’S NOTE: The Lottie Moon offering, in tandem with Cooperative Program gifts from Southern Baptist churches, supports international workers in seeking to fulfill the Great Commission. Gifts to the Lottie Moon offering are received through local Southern Baptist churches or online at IMB.org, where there are resources to promote the offering. This year’s goal is $185 million.

RICHOND, Va. (BP) — Lottie Moon. I want to be like her, but I didn’t realize how much until I dove into her life story.

You could draw a line in the sand, mention the name Lottie Moon, and people who revere her will move to one side of the line while people whispering, “Who’s that?” will migrate to the other. I had one foot in each camp.

My current church is in the “who’s that?” category. Most people at my church, planted 15 years ago, did not grow up thoroughbred Southern Baptists. While they participate in and give to global missions, they’re not familiar with Lottie. But I grew up in a church that revered her, and I raised money for missions in my rice-bowl-shaped piggy bank to give to the Lottie Moon Christmas Offering.

Her photos in a Victorian-laced collar might give the impression she was a stuffy school marm who adhered to strict rules. Yet, she was playfully defiant, poking fun at the church until she chose to follow Christ at age 18. And she was ambitiously smart and became one of the first women in the South to earn a master’s degree.

Whether you’re already familiar with her story or this is your first introduction, you’ll find that her somewhat terse language flows from a contagious, tenacious heart for God’s mission.

1. She confidently believed that salvation was personal and so was the Great Commission. The gospel came through Christ to us to save us, but not to stop with us. We are saved for God’s glory and then appointed to declare His glory.

“Should we not press it home upon our consciences that the sole object of our conversion was not the salvation of our own souls, but that we might become coworkers with our Lord and Master in the conversion of the world?” Lottie asked.

2. She daringly called for an insurrection in status quo mission thinking.

If the Great Commission is for all believers, then we must personally answer the question, “Am I going or sending?”

3. She unapologetically asked believers to give.

Although salvation is free, sending people where the gospel has not been shared has a cost. Giving to God’s mission is an investment. Lottie’s questions create a jolt meant to stir hearts to an urgent need. “Why this strange indifference to missions?” she wrote. “Why these scant contributions? Why does money fail to be forthcoming when approved men and women are asking to be sent to proclaim the ‘unsearchable riches of Christ’ to the heathen?”

4. She unwaveringly obeyed God and abandoned comfort to live in a hard place.

The eternal reality that people were dying without hearing of Jesus trumped the reality of living in a place devoid of convenience and comfort. Living in China during political upheaval and among people who “had an aversion to foreigners” were mere splinters of the difficulties she faced. Yet she wrote from a village, “The circumstance would suggest an utter absence of comfort, yet we find ourselves more than contented.”

5. She didn’t shy away from pleading for a legion of workers to be sent.

Lottie didn’t merely play at missions but confidently persuaded others to consider the reality of people going to an eternal hell. “We implore you to send us help. Let not these heathen sink down into eternal death without one opportunity to hear that blessed gospel, which is to you the source of all joy and comfort,” she wrote.

Lottie defied the limits of generational, cultural, and missional norms for the sake of the gospel. I want to be so bold. With nearly three billion people who have never heard of Jesus, we should dare be the same kind of rebel, disrupting casual mission thinking and ambitiously resolved to get the gospel to all nations at all costs.

I’ll unapologetically ask the same words as Lottie: “Is not the festive season when families and friends exchange gifts in memory of the Gift laid on the altar of the world for the redemption of the human race, the most appropriate time to consecrate a portion from abounding riches and scant poverty to send forth the good tidings of great joy into all the earth?”

Let us go. But if we stay, let us give, so that others may be sent.

All quotes are from Lottie’s letters written while she lived in China.

The original story can be found at: http://www.baptistpress.com/47993/lottie-moon–the-rebel-i-want-to-be