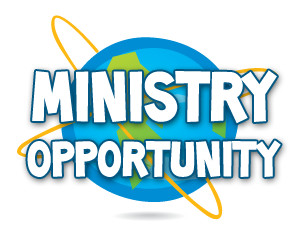 SAVAGE, Md. – Alliance Defending Freedom (ADF), representing Bethel Christian Academy in Savage, Maryland, filed a lawsuit on June 24 following a decision by Maryland officials to deny their continued participation in a school voucher program after reading the school’s beliefs about marriage and sexuality. The state also ordered the school to reimburse funds received for previous years.

A student at Bethel Christian Academy in Savage, Maryland. (photo courtesy of ADF)

Bethel Christian Academy offers Christian education to more than 280 students. It is a diverse school, with students from over 40 nations including children who recently immigrated to the United States, and who practice a variety of religions or have no religious affiliation.

Over 20 percent of the students receive financial aid, and many families were able to send their children to Bethel thanks to Maryland’s Broadening Options and Opportunities for Students Today (BOOST) school voucher program. Just weeks before the school year began in 2018, Maryland officials notified families they could no longer use the vouchers to attend Bethel Christian Academy.

Maryland law forbids participating BOOST schools from discriminating in admissions based on sexual orientation, among other things. When Bethel applied to participate in the program, school officials truthfully stated that the school does not exclude students because of their sexual orientation.

ADF Legal Counsel Christen Price said that Maryland officials are telling low-income students that this high-quality education cannot be an option for them due solely to the school’s religious beliefs. “Worse still, the state is now demanding Bethel pay back over $100,000 from the two years it participated in the program, which would be a serious financial hardship for the school.”

“Bethel Christian Academy has not—and will not—turn down a student based on their sexual orientation,” said ADF Legal Counsel Christiana Holcomb.“Bethel simply asks grade-school students to refrain from engaging in any sexual conduct.”

ADF reported that, because Maryland state officials revoked Bethel’s eligibility in the BOOST program, multiple families were forced to remove their children from the school due to financial strain. As the lawsuit notes, Maryland law already protects Bethel’s religious beliefs, but MSDE officials ignored state law and chose to target the school regardless of state protections.

Leland, a friend of Thomas Jefferson and James Madison, was a staunch influential leader and advocated for the protection of religious liberty.

In a July 15 Baltimore Sun article by Liz Bowie, Holcomb was quoted, “The Supreme Court has been very clear that there is no place in our society for religious hostility. That is the crux of the issue of this case.”

ADF has championed religious freedom since 1994. In 2017, ADF represented Trinity Lutheran Church in Missouri when the church’s preschool was denied a grant to resurface their playground with recycled materials because they are a church-based center. The Supreme Court ruled in favor of Trinity, stating “The exclusion of churches from an otherwise neutral and secular aid program violates the First Amendment’s guarantee of free exercise of religion.”

“This is why we partner with ADF, to offer this resource to our BCM/D congregations,” Smith said. BCM/D has a partnership with ADF which allows our cooperating churches to access ADF’s services at a discounted rate. BCM/D churches can enroll in the ADF Church Alliance program, and use the promo code of MDBC20 for a 20% discount.

ADF attorneys filed the lawsuit, Bethel Ministries v. Salmon, in the U.S. District Court for the District of Maryland, Northern Division. John R. Garza, one of nearly 3,400 attorneys allied with ADF, is serving as local counsel in the case for the school.