> Baptistlife Online > Obituaries > “Pastor Rick” Haynes known for being “Real.”
Back to All Posts 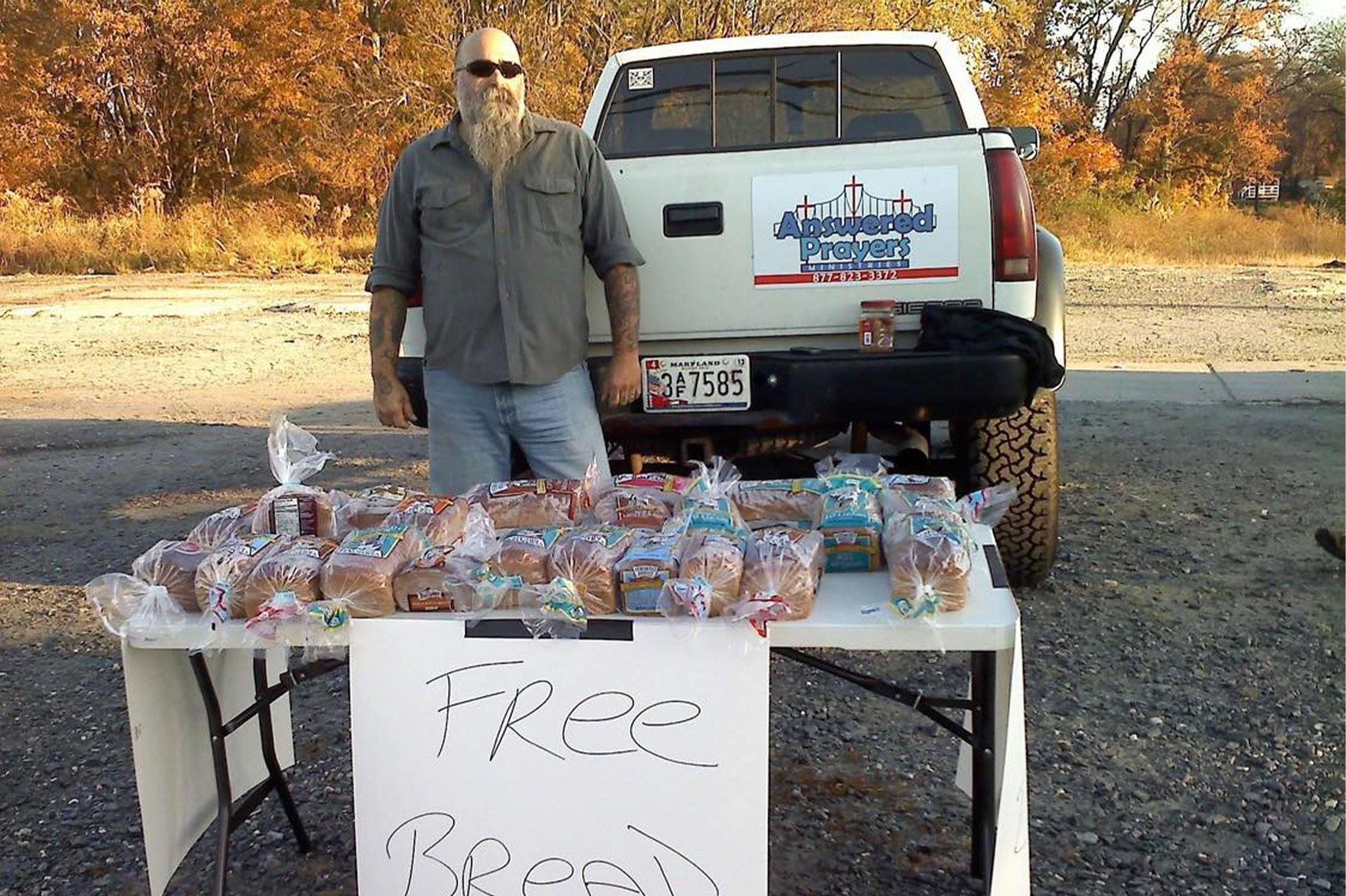 Lenore Coe and Rick Haynes married in 2007. They worked together to start Lighthouse Mission in Havre de Grace, Md.

Rick, a disabled Marine veteran, had a heart for the down and out – those who were broken, homeless, and struggling with addictions. That’s because he was in that same place once, and he was quick to give Jesus the praise for saving him.

Lenore said people related to Rick. He was authentic and openly shared his story. “He was real, and wasn’t judgemental,” she said. She told how when Lighthouse Mission had a homeless shelter, Rick developed a relationship with most of the people there. That’s who he was. “He loved the Lord,” Lenore said.

A former outlaw biker, ex-con, and recovering addict, he once was shot, stabbed, and left for dead. Rick was estranged from family and friends, lost everything, and experienced homelessness. But God was calling him, and Rick responded, surrendering his life to  Jesus. God used Rick to minister to others and point them to Christ. Read more about Rick’s experience here.

Haynes met Lenore and began attending First Baptist Church of Havre de Grace (FBC) on Sunday mornings, where Lenore led worship. Growing in his faith, Pastor Rick had the desire to help others and started “Answered Prayers” as an FBC Havre de Grace food ministry outreach. Hundreds arrived each week for the food, and Rick and other volunteers shared their stories and told how God saved them.

With Baptist Convention of Maryland/Delaware support, Rick and Lenore later began Lighthouse Mission Church, providing food each week, as well as the gospel. People from all walks of life arrived at the mission for food, fellowship, and worship. Pastor Rick and Lenore welcomed everyone and enjoyed a fellowship meal with his congregation after every service.

In a 2016 BaptistLIFE interview, Rick, sharing about Lighthouse Mission, smiled and said, “I think they like the idea of coming as you are and that the pastor has tattoos!

“They relate to me because I’ve ‘been there.’”

Rick was born in Toms River, NJ, to Richard Roy Haynes and Lorraine Evelyn Haynes. He is preceded in death by his son Richard Todd Haynes.

In addition to Lenore, his wife of 14 years, Rick is survived by his brother Robert Haynes of Marlton, New Jersey. He was the loving father to Thomas A. Donaldson, III, and wife Jenny, Lauren and David Fitzgerald, and Matthew and Leigh Weathers.

Robert Savage, the pastor of Room at the Cross Mission Church in Havre de Grace will officiate.