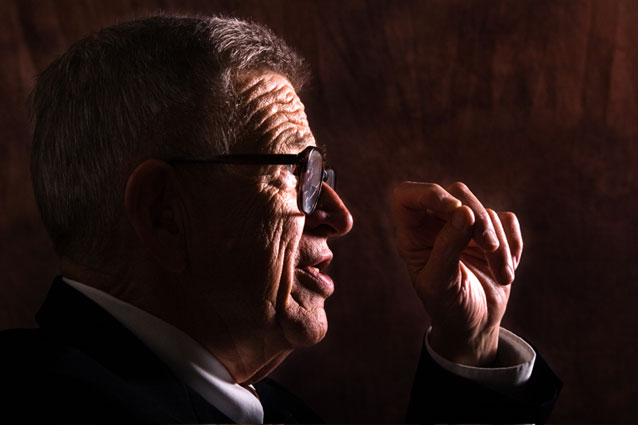 NASHVILLE, Tenn. (BP) — Leaders throughout the Southern Baptist Convention say Chuck Colson’s death was a loss for evangelicalism and that his life — particularly his ministry in prisons — had a great eternal impact.

Following is a sampling of their comments:

— Hayes Wicker, pastor of First Baptist Church in Naples, Fla., where Chuck Colson was a member: “Chuck Colson was a towering intellect who already has a high-impact place in history as a courageous reformer. He was an exemplary Christian, faithful churchman and the most precious encourager possible of my ministry. He is deeply loved by his church, First Baptist Naples, and will be greatly missed. As his pastor for 20 years, I feel that his ‘iron has sharpened’ my balsam wood. Like his Savior, he was ‘anointed by the Spirit to preach the gospel and proclaim release to the prisoners.'”

— Richard Land, president of the Southern Baptist Convention’s Ethics & Religious Liberty Commission: “Chuck Colson was a giant among evangelicals. If there were an evangelical Mount Rushmore, Chuck Colson would be on it. In many ways Chuck was like the Apostle Paul, a man completely changed by his Damascus Road experience with Jesus. Those of us who only knew Chuck this side of his conversion experience found the description of him as ruthless and a political ‘dirty trickster’ incomprehensible. What a gracious, humble, caring, servant of God Chuck was. I cannot think of a better advertisement for the Christian faith than Chuck Colson. While he has gone to a far better place, we mourn our loss of him. Eighty years of Chuck Colson was not enough. We still needed his gifts and spirit for the kingdom of God here.”

— Bryant Wright, president of the Southern Baptist Convention and pastor of Johnson Ferry Baptist Church in Marietta, Ga.: “It is sad news that Chuck Colson will no longer be with us, but what joy for him to be in the presence of our Lord. The testimony of his life, the ministry to those in prison, and the books he has written have been such a great inspiration to me personally and to countless millions. He has been one of my heroes in the faith, and it was such a privilege to be in a meeting he had called for Christian leaders around America the afternoon before he fell ill. He was passionate about the work of Christ’s Kingdom in calling our nation back to God. Oh, how he will be missed. What a contribution he has made. May his fellow Southern Baptist Christians join in praying for his family and his ministry in these days.”

— Frank Page, president of the Executive Committee of the Southern Baptist Convention: “To hear of the death of Chuck Colson is a sad moment for all of evangelical Christianity as we have lost a true giant of the faith. He is one of but a few men that I put in the same category with Billy Graham. It is also a personal loss to me. He was very kind to me since first getting to know him in 2006. We shall mourn his loss but know that heaven has experienced a great gain.”

— David Dockery, president of Union University, where the Charles Colson Chair of Faith and Culture resides: “His statesmanship served as a model for Christians across denominational lines. His writings taught us how to think Christianly, how to engage the culture, how to give a reason for the hope of the Christian faith. His heart, formed by his own life experience and dramatic conversion, touched many who had lost hope through the years. His love for the Gospel, demonstrated in his vision for Prison Fellowship and so many other ministries, radiated for all to see.”

— Billy Graham: “For more than 35 years, Chuck Colson, a former prisoner himself, has had a tremendous ministry reaching into prisons and jails with the saving Gospel of Jesus Christ. When I get to Heaven and see Chuck again, I believe I will also see many, many people there whose lives have been transformed because of the message he shared with them. He will be greatly missed by many, including me. I count it a privilege to have called him friend.”