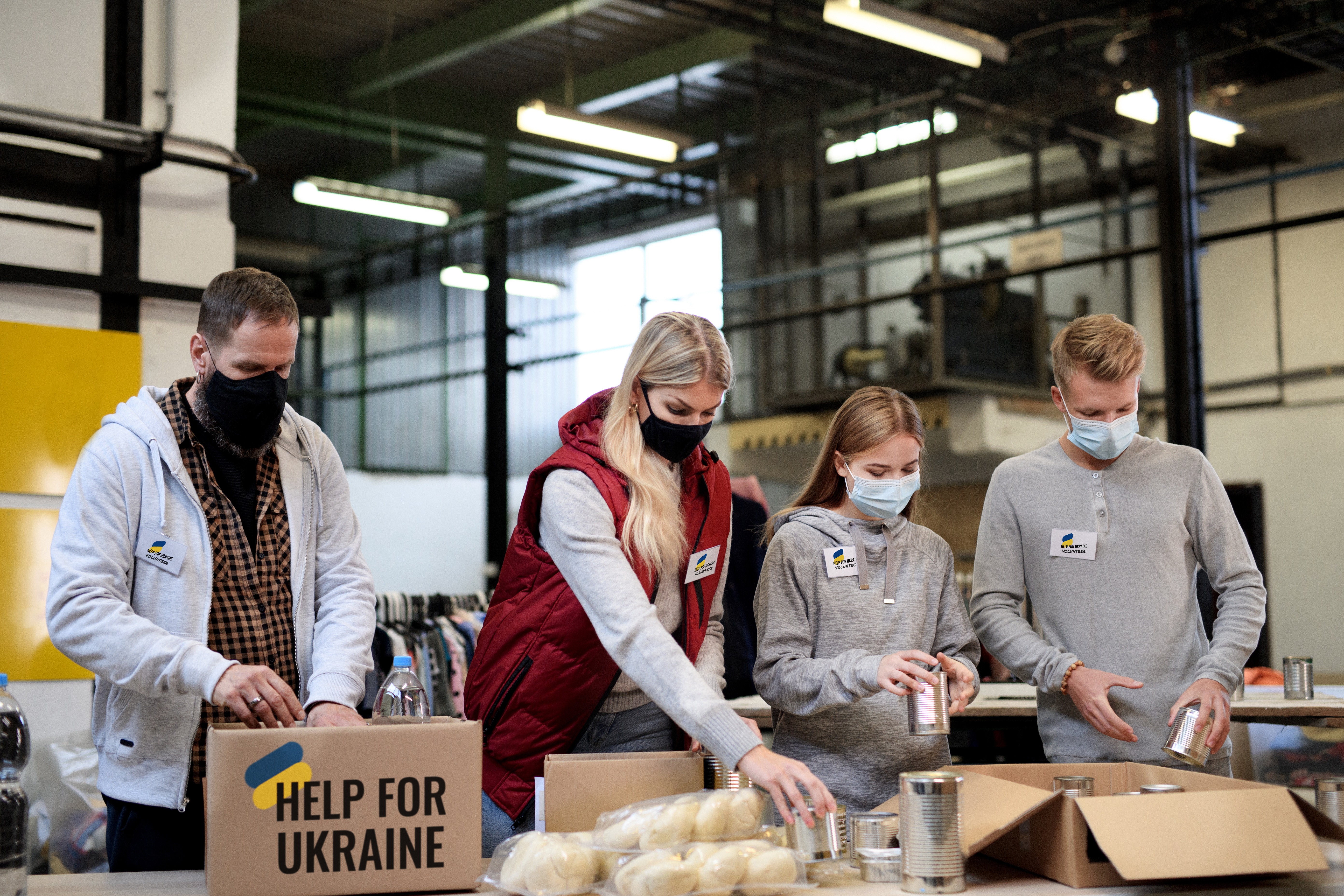 The below information is based on SEND Relief and Disaster Relief updates provided to BaptistLIFE dated April 21, 2022.

The ongoing military offensive has already caused 5,121 civilian casualties, including 2,224 killed, according to the Office of the High Commissioner for Human Rights (OHCHR). The actual figures are likely much higher as fierce clashes continue across the country.

As of April 11, around 12.8 million people – approximately 29% of the Ukrainian population – have been forcibly displaced by the ongoing military offensive, including 7.7 million internally displaced and 5.1 million displaced across international borders (UNHCR) – including 204,000 third-country nationals.

The fiercest fighting reportedly continues in eastern Ukraine, primarily in Donetsk and Luhanska Oblast and in parts of Kharkivska Oblast. Even though hostilities continue to be concentrated in the east and southern parts of Ukraine, several oblasts (administrative divisions) across the country have been affected by missile strikes, reportedly resulting in multiple civilian casualties and damages to civilian infrastructure.

According to the Water, Sanitation, and Hygiene (WASH) Cluster, Mykolaiv in Southern Ukraine has now been without piped water for four days, forcing people to use water from streams and rivers.

On 16 April, four staff members of World Central Kitchen (WCK) were injured in one of the restaurants operated by the WCK in Kharkiv (Kharkivska oblast, east) as a result of an attack on the city, according to the WCK CEO.

The World Food Program (WFP) has reached more than 1.5 million affected and displaced people in Ukraine with food and cash assistance to date.

Since 24 February, SEND Relief has provided over 250 tons of medical aid and almost 50 million doses of medicine.

Nearly two-thirds of Ukrainian children have been displaced in the last six weeks as people continue to flee their homes, especially in areas impacted by escalating hostilities in the eastern and southern regions of the country.

Millions are now on the move, forced to shelter in crowded spaces with limited sanitation facilities and access to health services. The risk of infectious disease outbreaks, including COVID-19, cholera, polio, tuberculosis, and diarrheal diseases, continues to rise.

SEND Relief continues to be in contact with partners on the ground, and response to this major crisis continues to rise. Responding with food relief prior to the invasion, SEND Relief continues to collaborate with national partners to provide food, shelter, bedding, transportation, medical supplies, clothing, and trauma ministry to those displaced and impacted by the crisis. Send Relief has continued to expand its response to displaced people and is now assisting in Ukraine, Poland, Moldova, Hungary, Romania, Estonia, Latvia, Lithuania, Germany, Bulgaria, Czech Republic, Macedonia, Slovenia, and Italy. Southern Baptist Disaster Relief (SBDR) response teams are deployed to Poland and Romania, and staff continues to work with field leaders to deploy SBDR and other volunteer teams. SBDR state conventions currently active or in process of activating include North Carolina Baptists on Mission, Texas Baptist Men, Mississippi, Louisiana, Kentucky, Ohio, Southern Baptist Texas Convention, Georgia, Missouri, California, Arkansas, South Carolina, and Alabama.

SEND Relief has 42 relief projects ongoing in 14 countries (around half of these projects are currently in Ukraine) and has assisted over 510,901 people. Over 2 million dollars has been expended to date.

SEND Relief leadership reports that the best way for Southern Baptists to respond at this time is by praying and giving.

(Information is based on SEND Relief report dated April 21, 2022)