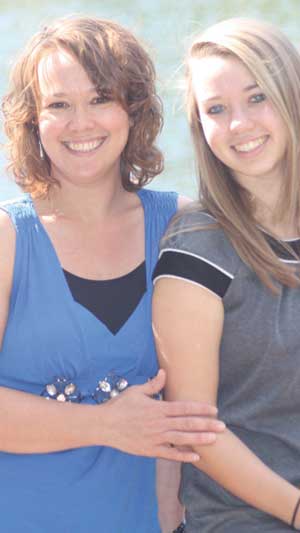 JARRETTSVILLE, Md.—As another school year winds down, high school seniors around the country anxiously await a summer filled with lounging on the beach, making good money at summer jobs, and spending countless hours trying to keep up with the Kardashians.

High school senior Brooke Cole, however, has set her sights on higher things during summer break. While she would no doubt enjoy a few months of relaxation or bulking up her bank account, Brooke has decided that she wants to serve the Lord with her time and talents by investing in the lives of others. For the second year in a row, Brooke will serve as a North American Mission Board missionary in the Baltimore and Washington D.C. area ministering to the community and volunteering at Camp Wo-Me-To, a Christian camp owned and operated by Women’s Missionary Union (WMU) in Jarrettsville, Md.

“I fell in love with that camp last year,” Brooke admitted. “It taught me how God will use you if you’re willing to let Him.”

Working with girls didn’t come naturally for Brooke at first. She didn’t consider herself good around kids, and she says that she was scared to death when she started. But after two weeks of assisting with a sign language class, participating in prayer services and helping with other activities, she found herself bonded to the girls in a surprising way. She was also encouraged by camp leaders such as Camp Director Frank Ulmer and Gayla Parker, BCM/D Women’s Missionary Union Executive Director. Her most profound experience, however, occurred one night after a prayer service, when God opened the door for her to lead two girls to Christ—the first time she’d ever prayed with someone to receive the Lord.

“It was a cool experience,” said Brooke.

So, after such a positive experience at the camp last year, it seemed like a great choice to come back again this year to the Maryland/Washington D.C. area. Brooke and her parents, David and Margaret Cole, decided that it would be beneficial for Brooke to take a senior trip before starting a very intensive nursing program at Union University in the fall. They brainstormed ideas such as heading to Florida or the Gulf, but after some discussion they decided that it would be a great idea for Brooke to head back to Camp Wo-Me-To. This time, Brooke and her mother will serve as co-leaders of the girls’ Bible study.

“She wanted to volunteer somewhere it would be meaningful,” said Margaret.

Margaret Cole has been a public speaker for years and the Director of Advancement at a NAMB-affiliated crisis pregnancy center, where she does abstinence education, fundraising and post-abortion counseling.

“I became a Christian at age 28” said Margaret, “and [God] has really done a number on me. I would have never fathomed public speaking, but I love doing it, and I love to share about the Lord.”

Margaret is excited to minister side-by-side with her daughter this year at Camp Wo-Me-To, where she and Brooke will lead morning and evening worship sessions as well as Bible study worship time.

Both Margaret and Brooke have found themselves in different places than they ever expected God to take them. Brooke originally wanted to be a veterinarian and even started visiting colleges when she was 12 years old.

It wasn’t until she read “End of the Spear,” the story of Nate Saint, a missionary killed spreading the Gospel, that she really started to realize that God had bigger plans for her than what she had for herself. Now, as she gets ready to minister over the summer and start a new adventure in college, she can’t wait for God to continue revealing His plans.

“I’m so excited to go to Union University!” Megan said. “I always thought it was out of reach, but I felt God calling me to go there. I knew that if that was His plan He would make a way. It’s happening!”