The Town Church and the Country Church 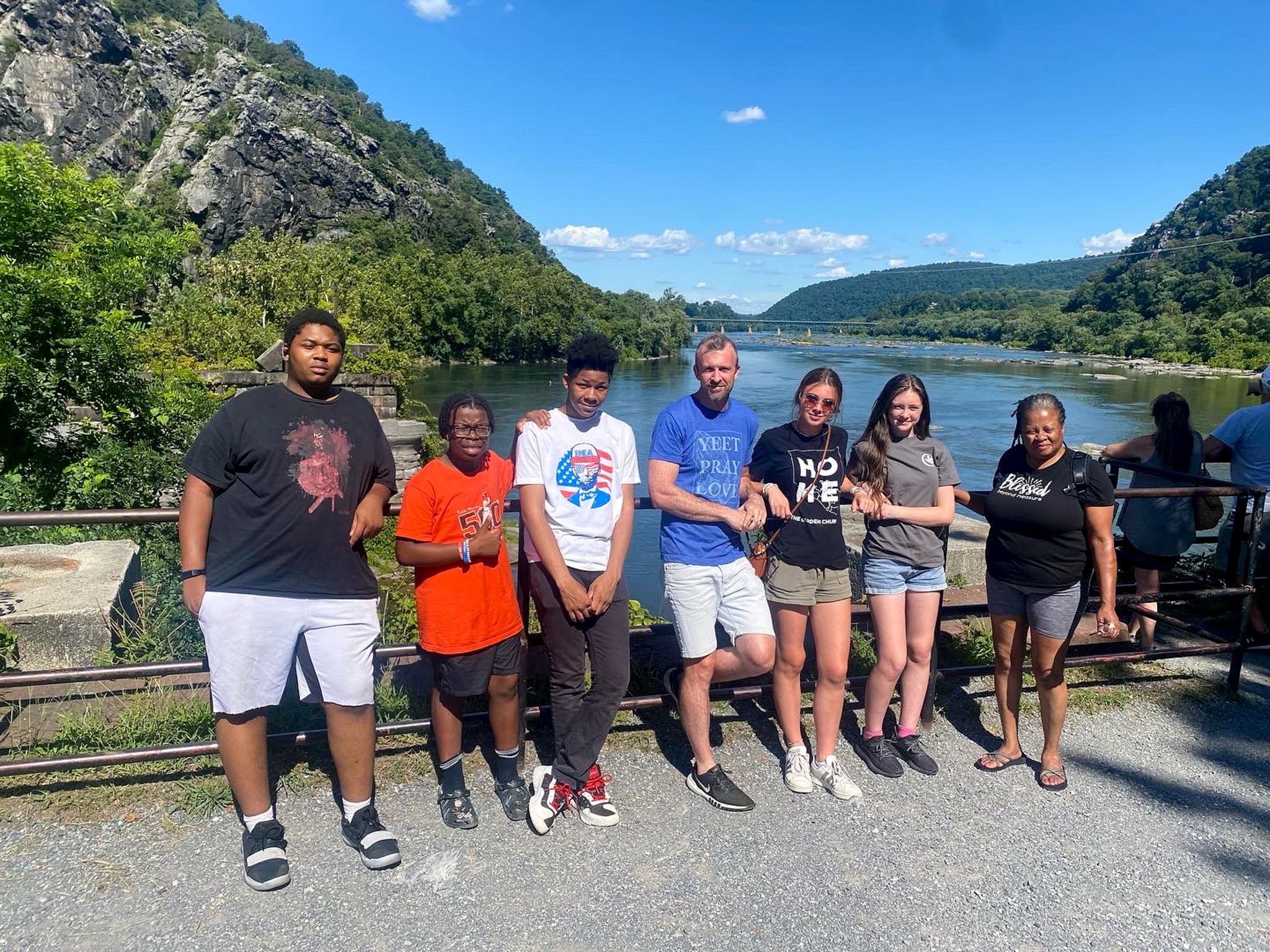 The Garden Church, in West Baltimore, and Covenant Church, in Shepherdstown West Virginia don’t have a lot in common — an inner city church and an exurban church (a small-town pastoral setting filled with commuters, in this case, of Washington D.C.). But the two congregations are connected — they have a strategic partnership.

Interestingly, both of their senior pastors share the same name — Joel.

Rainey said he emphasizes global awareness and wants Covenant Church members to experience and be aware of the culture and environments outside of their own. “It’s really easy to isolate,” he emphasized.

Pastor Joel Rainey shares with a team from The Garden Church. (Photo courtesy of Joel Kurz)

Referring to the partnership, Rainey said, “I’ve known Joel (Kurz) since 2008 and I love what he does. I was in the early conversations that gave rise to ONE HOPE. ”

ONE HOPE is a ministry of The Garden Church. It’s church-based and church-centered with the goal of making disciples through building healthy churches in America’s poorest neighborhoods.

Covenant members, mostly teens with some adults, have been spending time in the summers at The Garden Church helping with Bible clubs and building relationships. “They spend the other half of the time learning about urban poverty from some brilliant minds such as Stephanie Greer.” Greer is a life coach for ONE HOPE.

Nazaiah Kennings is happy to lend a helping hand where needed. (Photo courtesy of Joel Kurz)

Kurz said, “Covenant Church sees inner city missions as part of their missions strategy. They came on as core partners with ONE HOPE to do that. They’ve been giving and they’ve been coming to help.”

He’s grateful for Covenant’s support. “We’ve had the opportunity to have a couple of teams from Covenant over several visits to run outreach for youth and camps through the Garden Church.” Kurz has wanted the relationship to be two-sided. “Part of the goal has been to have a real partnership — to become sister churches.”

“This was the first year we sent a team to Covenant. It’s cool that our church has been the recipient and now was able to go to one of our partner churches and help them. This summer, we helped with their Vacation Bible School ‘Splash Bash.’ We also gave out backpacks and helped with a back-to-school event at a housing project Covenant Church has adopted,” Kurz said.

“For our team, it was a great cross-cultural experience in a very different context. They realized that brokenness is everywhere. It’s not just a Baltimore City problem. There are issues of addiction, cycles of poverty, and violence. To be able to reach out to communities, to meet a real need is sweet, and we plan to continue the partnership.”

Rainey said, “There are marked differences between the West Virginia panhandle and inner-city Baltimore, but some of the same dynamics. Over there it’s crack. Here it’s heroin.”

Marla Walker and Eden Kurz get a chance to have some gym fun. (Photo courtesy of Joel Kurz)

Rainey said anyone who believes the gospel knows that the root of the brokenness and darkness is sin in the world. “We may apply the gospel in different ways, but at the heart, it’s the same gospel.”

Feature Photo: Joel Kurz, the pastor of The Garden Church (center) led a team from his church to Covenant Baptist Church in West Virginia.