Tom Stolle: ”We Wouldn’t Trade Who We Are”

> Baptistlife Online > Featured > Tom Stolle: ”We Wouldn’t Trade Who We Are”
Back to All Posts 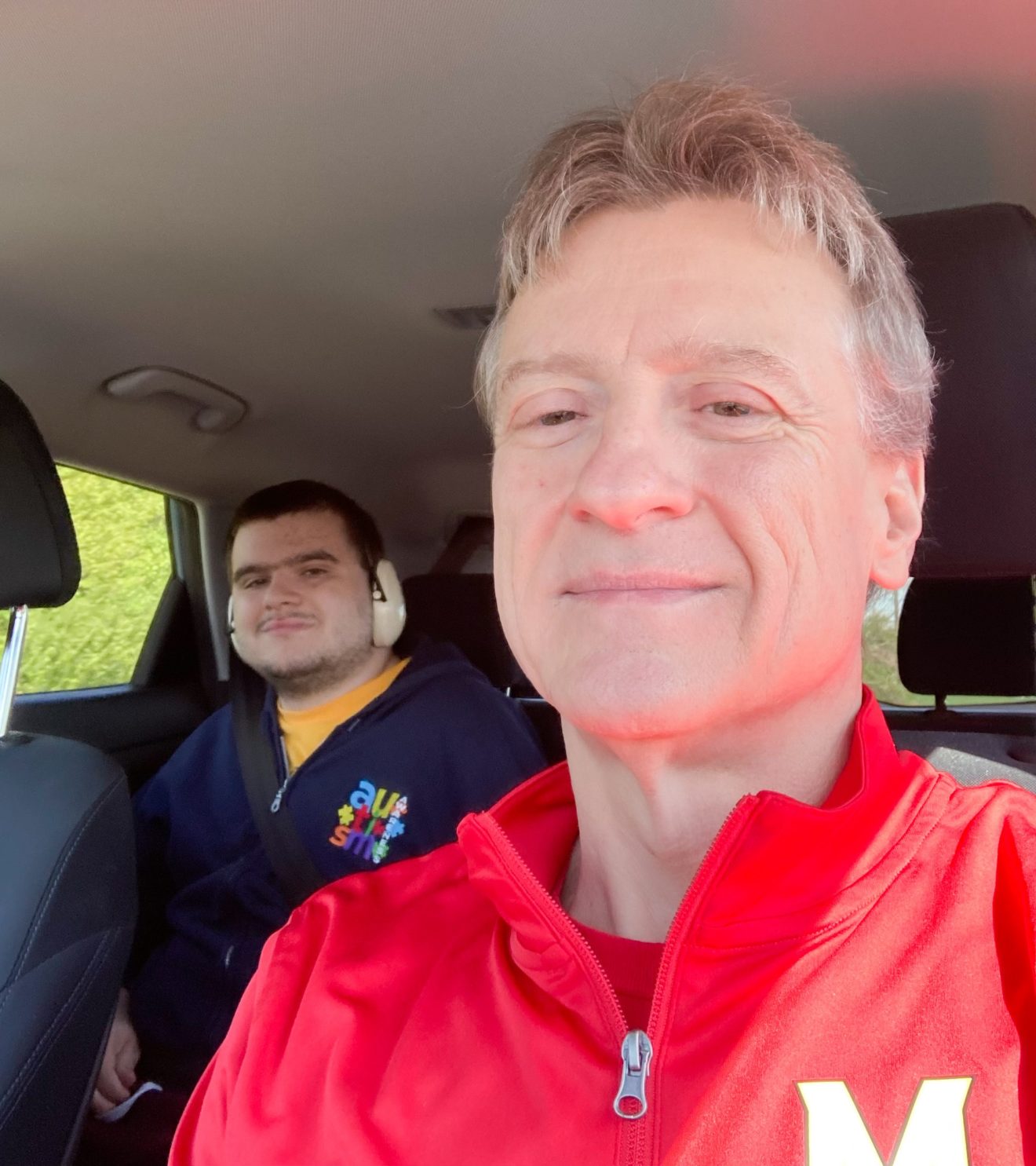 DAGSBORO, Delaware (BP) – For Tom Stolle, associate executive director and chief financial officer for the Baptist Convention of Maryland/Delaware (BCMD), helping equip churches to care for those with disabilities is a deeply personal endeavor. His son, Jimmy, now 20, was born with severe autism.

Stolle’s latest involvement is serving as chair of the state convention’s task force meant to analyze and address sexual abuse. Stolle said part of his reason for wanting to lead the task force is that those with disabilities are at a very high risk to be sexually abused.

Jimmy Stolle, now 20, was born with autism. Tom Stolle said,  “My wife and I would tell you that this is not the future we would have chosen for Jimmy, but we would also tell you we’re not the same people because of Jimmy and we wouldn’t trade who we are now for anything in the world.” (photo by Shelley Stolle)

He cited research from the Bureau of Justice Statistics that states the rate of rape and sexual assault against individuals with disabilities is 7 times the rate of those without disability. According to the Pennsylvania Coalition Against Rape, more than 90 percent of people with developmental disabilities will experience sexual abuse at some point in their lives.

“What these statistics mean for someone like my son is that it’s not a matter of if, it’s almost a matter of when,” Stolle said.

“People should experience the love of God and who God is within the Church. They should not experience things that would make them think that God does not love them and that the Church does not care about them. If they are not protected and these things happen to them, these are the things they experience. The Church needs to be better than that, and that’s what I want.”

His passion for educating churches about special needs ministry comes from his own journey with Jimmy. Despite the many blessings Stolle said his family has experienced, the road has been challenging and unexpected.

“In all the things we discussed when preparing to have a third child, the thought of disability entering into our lives was just something that never occurred to us,” Stolle said.

Stolle and his wife Shelley became accustomed to their routine of caring for Jimmy, but the teenage years brought an unexpected danger.

The onset of hormones combined with Jimmy’s autism would frequently elicit violent outbursts from Jimmy, in which he would scratch and hit his parents. Stolle described the attacks as severe and sometimes lasting up to an hour.

The episodes went on for several years, and the Stolles still bear physical scars from them. But Stolle said he and Shelly never responded with violence against Jimmy.

The road was hard, but one place the family was able to find some relief and encouragement is through their church– High Tide Church in Dagsboro, Del.

Tom Stolle (second from left), serves as a member of BCM/D’s Sex Abuse Task Force with Dr. Bergina Isbell, Kris Buckman, Keith Myer. and Brad O’Brien (not pictured). Stolle emphasizes statistics show people with disabilities are seven times more likely to be abused during their lifetime. Additionally, Stolle points out that per the Journal of Religion, Disability & Health, over 25% of church attendees said they were either unsure or disagreed with the statement that people with disabilities were created in the image of God. (photo by Sharon Mager)

Over time, the church developed a system in which members could minister to Jimmy so the Stolles could attend a worship service together.

After several years of relationship development, the church now has two different “buddies” who minister to Jimmy during the service by spending time with him, playing games with him and sharing Scripture verbally with him.

Stolle said the support from the church has been huge.

“High Tide has figured out that for kids like Jimmy, if he can’t get the gospel the conventional way, we’re going to get it to him another way and that means a lot to me,” Stolle said. “God’s not limited to any one language, so I believe even though Jimmy can’t talk, that God speaks ‘Jimmy.’ God communicates to Jimmy in the way he needs to hear from Him. There is no barrier too large for God.”

Stolle’s experience with Jimmy and High Tide has sparked a passion to help churches throughout his state convention.

“I was praying that God would open doors in churches and ministries for people who are affected by disabilities,” Stolle said, “but I realized God was saying to me, ‘Hey I gave you Jimmy and you need to do this yourself.’”

During his time on staff at the BCM/D, Stolle has started and assisted with several initiatives designed to help churches reach families and individuals with special needs, including hosting camps and training more “buddies” like the ones who minister to Jimmy.

“The Church itself is actually disabled if it doesn’t include everyone,” Stolle said.

The convention’s special needs ministry inspired one church (Freedom Church in Baltimore, Md.) so much that it began a non-profit ministry that trains churches in how to minister to individuals with disabilities.

The organization, named The Banquet Network, partners with the state convention, which enables it to train churches free of charge.

Katie Matthews, executive director of the Banquet Network, said the Stolle family’s story has deeply affected her both in her work and personally.

“As a parent to a child with disabilities, my community feels small,” Matthews said. “There are not many people that ‘get it,’ but Tom gets it. He’s the guy my husband and I can text when we’ve had a rough day with our son, and he’s the guy who will continue to fight for families affected by disability because it matters to him and it matters to Jesus.”

Mario Howard, Jimmy Stolle, and Ray Jenkins share some laughs at Jimmy’s 18th birthday party. Howard and Jenkins are members of High Tide Church in Dagsboro, DE., and provide a specialized type of church experience for Jimmy on Sundays. (photo by Tom Stolle)

“Tom has single-handedly changed my perspective on people who are affected by disabilities,” Crawford said. “Because of his influence, I’m a part of the Banquet Network and the BCM/D’s special needs initiative. My eyes are open, my ears are open, and I understand just a little bit about the challenges people who are affected by disabilities face.”

Stolle concluded that despite everything he and his family has been through, he would never change anything about the journey.

“I think if you were to talk to any parents of a child affected by a disability, they would probably say that there is a depth of love that you learn through that you just don’t learn any other way,” Stolle said.

“It’s hard to explain and its’s the kind of thing school or everyday life does not teach you. My wife and I would tell you that this is not the future we would have chosen for Jimmy, but we would also tell you we’re not the same people because of Jimmy and we wouldn’t trade who we are now for anything in the world.

“I’ve thought a lot about this, if I could choose it, would I have signed up for all of this all over again? As painful as it has been, I would say I would do it all over again. My wife and I wouldn’t have experienced the change and depths in our lives without Jimmy and if that’s what it takes then so be it.”