“We are Citizens of Heaven” 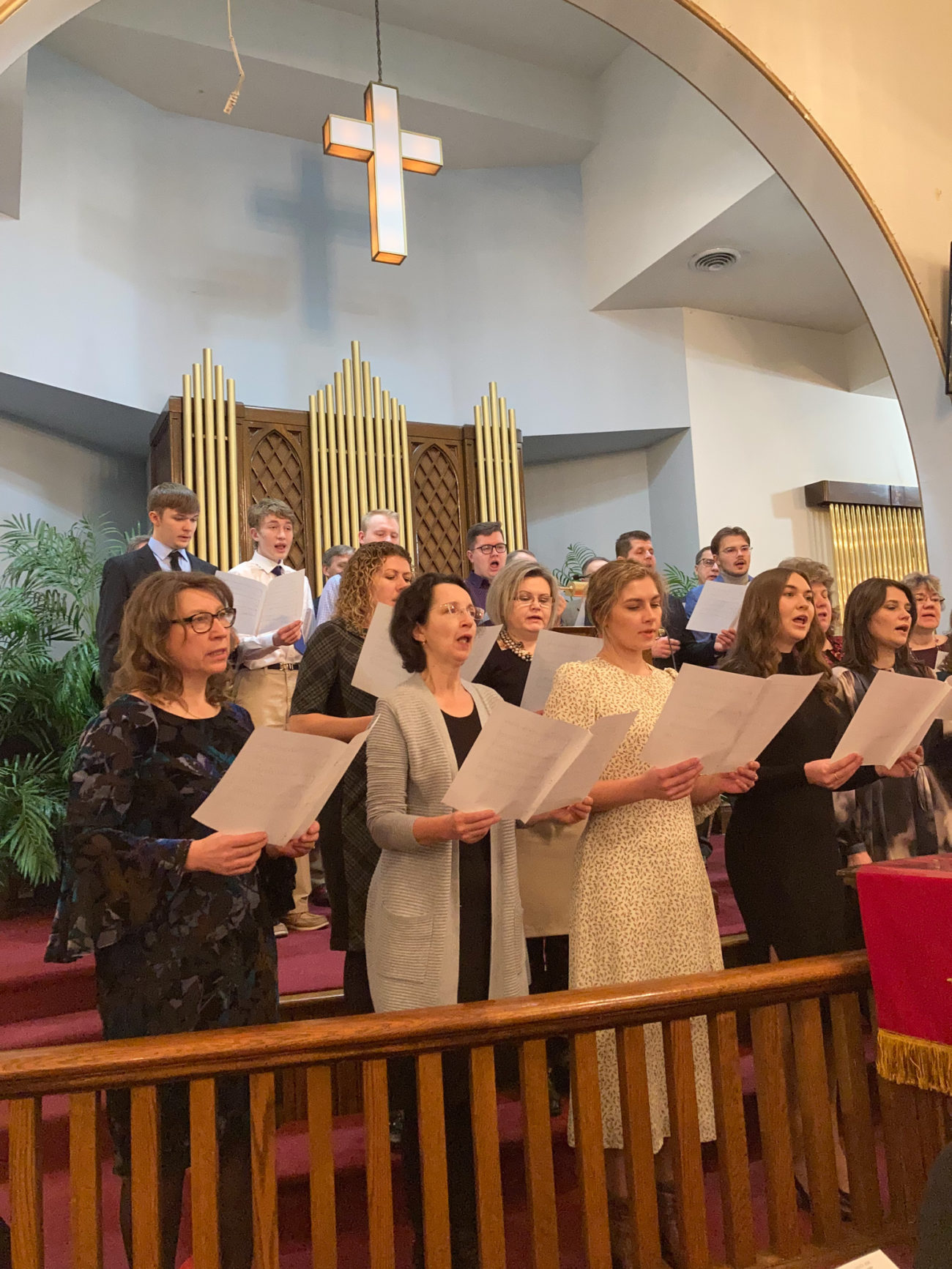 “We know tensions are on the rise between Russia and Ukraine. A war is going on. This is not news to anyone here. But what’s unique about our culture and our church is that we have people from Ukraine and Russia,“ Andrew Goins, the pastor of Kingsville Baptist Church, told his Slavic congregation at a Feb. 25 Bible study, one day after Russia launched a military invasion of Ukraine.

“Here’s what I want you to know: We are citizens of heaven before we are citizens of any country, whether it’s Ukraine, Russia, or the United States, so we have to keep our citizenship of heaven at the forefront. There may be a war in eastern Europe, but there is not a war in our church. We have brothers and sisters in Christ that we have grown together with regardless of their nationality, and so we have to maintain the unity of our church at this time and exalt the light of Jesus Christ. As we move forward, we’re moving forward together, asking Jesus how to impact and be a light to the world around us,” he added.

Several days after the study, Goins said most people in his church are still getting over the shock of the invasion. They are all compassionate and hurting for their families. “On the Ukrainian side (of the church), there is a feeling of pride as people in their country are standing up to defend themselves. Overall  (in the church), there’s a somber tone as they realize the gravity of what is taking place.”

Kingsville Baptist Church (KBC), a merger of the non-denominational Slavic Church of Christ in Baltimore and First Baptist Church of Kingsville, is comprised of up to three generations of immigrants primarily from Russia, Ukraine, and Belarus. Before immigrating to Baltimore, about half of the first-generation members attended government-registered or secret churches and faced persecution. Pastor Alexsander Slonevski, who ministers to Slavic-speaking only church members, had a great job in Russia, Goins shared. But when officials found a Bible in his pocket, he lost his position. “Many of them came out of the Richard Wurmbrand era,” Goins said. They recall taking new believers out at night in a car, jumping out quickly, and baptizing them in a river.

Many of the church members immigrated together, and their families have grown. Some only speak Russian. Goins explained that Ukrainians can speak Russian, but many Russians can’t speak Ukrainian. Music is varied, with an orchestra and choir, and they sing different verses of the song in the three languages. Also, they have translating equipment available. Second- and third-generation members speak

English. Goins said he’s thankful for a mixture of young and older members who not only attend, but also serve and lead.

The church meets at their location in the city on Sundays, but at the smaller Kingsville building for Bible studies. They’ve outgrown their city building, and parking is very difficult. They plan to level the building in Kingsville later this year to build a new facility for a permanent worship center and sell the downtown building for funding.

The prayer requests from Ukraine are now pouring in as church members’ families, and friends are fleeing their homes, trying to get to Poland, or at least to the west side of the country, out of firing range. And the church wants to help.

Goins began pastoring KBC in October 2021. Prior to that, he served as an associate pastor at Pleasant View Baptist Church (PVBC)  in Port Deposit. While at PVBC, Goins ministered at the Salam Center in Baltimore, a Christian resource center started by PVBC for Syrian refugees. Could KBC help in a similar capacity? Goins contacted Baptist Convention of Maryland/Delaware (BCM/D) Interim Executive Director Mark Dooley to discuss options. The result is a task force, with Goins; Ellen Udovich, BCM/D’s community engagement consultant; Rosalie Chesley, BCM/D’s assistant to the executive director and managing editor of BaptistLIFE; and Brad Horne, director of missions for Keystone Baptist Association in Pennsylvania; to identify and meet needs.

The task force does not anticipate that refugees will come to the Maryland/Delaware area immediately, but preparations are in place. The primary current needs include prayer and financial assistance.“The situation is fluid and will be long-lasting — we do need to keep in mind the potential for refugee resettlement in

Maryland/Delaware,” Udovich said. “In the meantime, millions of Ukrainians, including brothers and sisters in Christ, are being deeply affected by the invasion. We plan to continue to monitor that and seek to be ready to meet those opportunities with the gospel when they arise.”

The task force will address multiple avenues for BCM/D churches to serve refugees:

Goins said he prays God uses KBC members to help educate and minister with other churches. “I hope we can take our people to churches who have no Russian or Ukrainian culture to other churches and educate them on how they can reach out to our people as well. God has put us in a very unique situation right now to give Him glory at a time many people see as dark and gloomy. We can use this as a light for Jesus,” he shared.

He emphasized that the Russians and Ukrainians are both suffering. “We are all praying for people to make it out safely,” he said. “Our church wants to care, love, and share the gospel.”